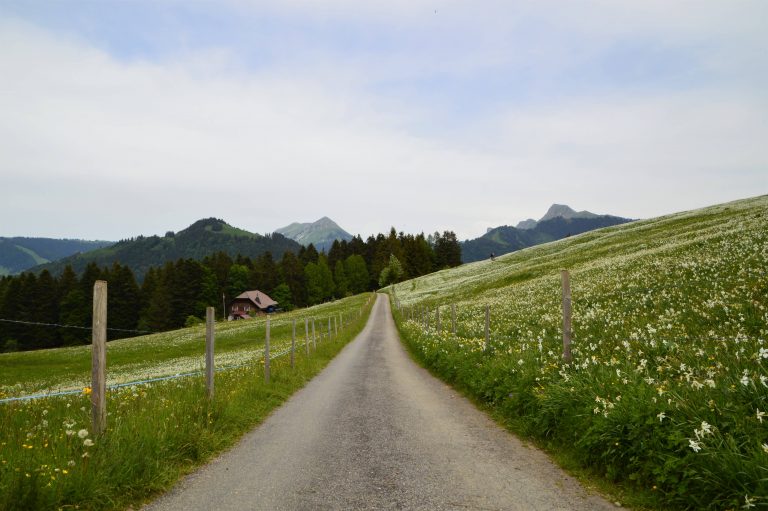 I always feared to live in a place where I don’t speak the language. Growing up in Latvia I saw many people who spent their entire lives speaking Russian and not even attempting to learn a word in Latvian. Even as a child I found it disrespectful and promised to myself never to be like that…I didn’t want to live in a place where I had to make native inhabitants speak the language I spoke. But somehow I have now ended up exactly in this position. In January, I moved to the French-speaking part of Switzerland (without any knowledge of French). Though, my principles have stayed – I am determined to learn French. So how is it to lead the daily tasks in a country you don’t speak the language?

Before we arrived I was so worried about this part that I had insomnia for weeks – How am I going to deal with bills, sign a rental agreement, call a bank, register for taxes?…Basically deal with all the official stuff.

Our first encounter with this “official stuff” came on the third day as we went to register for our Swiss permits. Luckily that time, my partner’s manager came over to help us guide through the process. And it was sure a good thing he came, as the lady working at the office didn’t speak any English. Overall the process was painless. Even though my partner mixed up some stuff on the form, the lady, with a smile on her face, corrected his mistakes. That short moment was perhaps insignificant, though it did help me feel more welcome – she didn’t see us as the underdogs just because we didn’t speak French.

Then came other bills…signing up for internet, health insurance, car insurance, electricity and so on. Unfortunately, dealing with official stuff requires a better knowledge of French that I have at the present moment. So for now we have to be those aliens who upon a call ask – Parlez-vous Anglais? (Do you speak English?).

Sometimes the person who picks up the phone doesn’t understand any English at all and as he/she keeps talking in French, I have no choice but to drop the call in hopes that next time I will be connected to somebody else. Mostly I am lucky and the adviser either speaks English or transfers the call to somebody who does. Despite this all, it has been a lot easier to sort out bills and other stuff in Switzerland than back in the UK. Everything just somehow works here. Don’t want to be mean towards the UK, but Switzerland is certainly more efficient in some ways. And that all despite the language barrier.

One example – we made a phone call to the internet company and ordered our desired package. And after a few days, the internet box was delivered and everything worked! Last time we signed up for the internet in the UK it took weeks before we got online! I suppose the main reason was that the internet company we chose rented out cables from another company. Hence, that other company (BT) had to send over their technician to plug in a specific wire and a box. In theory, it should be quick, but of course, it wasn’t. The first-time technician didn’t even turn up on the said day. And bear in mind, I had to be at home all day and wait for them! The second time they didn’t set the box up properly. The third time was a charm, even though technician turned up hours late.

And let’s not forget hours of waiting whenever you need to call customer service or HMRC. The worst case? You’ve been on the phone for an hour, listening to crappy music and waiting for an adviser to talk to. Finally you get connected to a human being! But after hearing your request they put you on hold to go talk with somebody more senior because they don’t have the authority or whatever…But, oh no, they didn’t press the hold button, they accidentally (or on purpose) just dropped the call. And you now must go through all this again! Ehh, the joy.

Oh, another one – we waited 3 months to get back our rental deposit in the UK. Switzerland – 3 days.

Let’s just say Google’s translator is my God. It helps both with translating web pages as well as documents. Of course, online stuff is much easier to translate. A few weeks back I spent 3 hours translating our tenancy agreement. But, hey, at least I learn on the way!

This is also another reason I prefer conversing over email than phone. With the help of Google Translator, I can compose emails in French without asking Swiss people to give me a special treatment and talk to me in English.

Vocabulary in restaurants, shops, museums and other such places is a lot simpler, so this is where I try out my newly acquired French skills. I must say, the first few times I got stage fright. Especially when after ordering something the person came back to me with an additional question. Which mostly I had (and sometimes still have) difficulties understanding. Sometimes it’s because I just don’t know the words, or the person talks too fast for my understanding. Though most of the time I get scared and my mind just goes blank.

This happened once in a shopping mall. They were giving out free beer cans and my partner took some. I somehow didn’t take any and he urged me to go back and take one as well. So I went, but the lady there didn’t give me any! She started asking me some questions which I didn’t understand. I asked if she could perhaps speak English, but she didn’t know it. So, in the end, I left without a beer. Upon my return, my partner suggested that maybe she was asking how old I was. And in fact, it was true! Only then I realized she kept saying – dix-huit. Which means eighteen.

I must say that quite often whenever I feel brave to say something in French people reply in English. They don’t seem frustrated by the fact that I am a foreigner but rather willing to speak in English. And I am glad to be in a country where people don’t look down on me just because I am a foreigner (hopefully). Though, I do need to practice my French!

Should you move to a country where you don’t speak the language?

I would strongly suggest to everyone – go live abroad at some point in your life! It will open your mind and teach you things like no educational establishment ever can. But I would also advise to try and learn the language when there (or even before). You don’t have to be a professional, just start off with some basics. Not only it will show respect to the locals, it will also benefit you. After all, there is no such thing as knowing too many languages. And what a better way to learn a language than in the country it’s spoken in?

Of course, some countries might be more challenging than others. But believe me, it’s possible to do a whole conversation using only google translator!